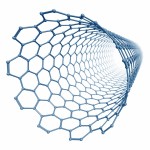 The properties of condensed matter systems change dramatically as the dimensions are reduced from the macroscopic down to the nanoscale. In this regime the electrons phase coherence length can become comparable to the system dimensions and quantum mechanical effects  become dominant.

In our department we study theoretically the electronic, mechanical, thermal and optical properties of nanoscale systems. We  are interested in particular in the understanding of the quantum transport properties of systems like atomic contacts,  molecular junctions and hybrid nanostructures including superconducting or ferromagnetic materials. For this purpose we  use a combination microscopic models with the techniques of quantum non-equilibrium  statistical mechanics which allow  us to predict the outcome of experiments. In general we do this work in strong collaboration with experimental groups.

Soft Matter and Biophysics is one of the most active fields in theoretical and experimental condensed matter physics. 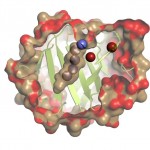 Most soft matter systems can be categorised as complex liquids: systems possessing many degrees of freedom that interact in a complex way, and such that thermal fluctuations play an important role. The result is a rich behaviour where the system self-organises into mesoscopic structures, i.e. structures with time and length scales intermediate between the molecular and macroscopic scales which exhibit novel equilibrium and flow properties. 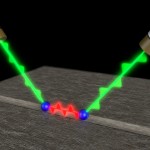 Nano optics is devoted to understanding the electromagnetic field behavior when probed at length scales smaller than the visible wavelength. This is a vast field of research encompassing from foundational issues to technological applications. The propagation of light and its confinement at small volumes are two of the main aspects researched in our group. The modulation of the optical field at the mentioned scales requires the interaction of light with materials structured at micro- and nanometer dimensions. Such structures include quantum dots, graphene ribbons, microcavities, and metallic waveguides, among others. Given the considered sizes, the analysis has to account both for quantum and classical phenomena. At the quantum level we investigate, for instance, how the modification of the electromagnetic environment can profoundly affect the emission  properties of molecules and artificial atoms. Such modification can be used to control quantum mechanical degrees of freedom of the emitter system, and allows for the manipulation of its entanglement. On the classical side we can mention, as an example of our work, the use of transformation optics techniques to mold the propagation of surface plasmons. we also study metamaterials, a family of systems where function arises as a consequence of periodic structuring at scale smaller than the operating  wavelength. Although many of the considered metamaterial systems typically operate at much slower frequencies than those commented above, they can be approached with the same theoretical and computational tools that we use in nano-optics. Metamaterials can lead to entirely novel electromagnetic phenomena not available in nature and find a large number of applications in plasmonics, photonics, acoustics, and many other wave-like phenomena.

First-principles” (or “ab initio”) simulations have become one of the most powerful tools to solve problems in Materials Science, Nanotechnology and Theoretical Biology. 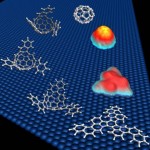 In these simulations, we implement the fundamental laws of quantum mechanics in a computer in order to calculate the electronic and mechanical properties of materials ranging from atoms, biomolecules, surfaces, nanostructures and solids. These techniques are a  perfect complement to experiment since they provide direct access to the dynamical and electronic processes that take place at the atomic scale.  The continual improvements of these methods and the sustained increases in available computational power are allowing the application of these computational “atomic microscopes” to increasingly more complex problems and materials, including the most complex of all materials: the biomolecules.

Researchers at our department have been involved for a long time in the application of these techniques to investigate at the atomic scale complex problems in surface science and nanotechnology. One of the main research lines focuses on  the methodological and computational developments needed to create more efficient “first-principles” codes and to extend their applicability to new problems. In particular, an important effort is devoted to link these techniques with other simulation methods, including hybrid quantum-classical molecular dynamics simulations to describe biological material in their natural liquid environment, and sophisticated non-equilibrium Green’s function methods in order to predict the electronic transport properties of materials.