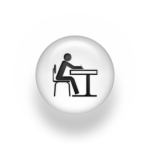 The department of Theoretical Condensed Matter Physics is actively involved in the development and implementation of the Degree studies in Physics. This participation started at the early stages of the proposal and ended in the implementation of the Degree. At present, the teachers of the Department teach in subjects in all the established-courses, being also coordinators of the majority of them.

The Department’s involvement in the Degree also involves activities within the Tutorial Action Plan and the coordination of both Course and Semester.