POLAFLOW – Polariton Condensates: From Fundamental Physics to Quantum Based Devices 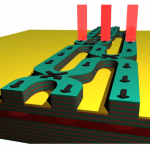 Polaritons are quantum superpositions of light and matter [1]. At the meeting point between condensed matter and quantum optics, they are realized in specially engineered devices: semiconductor microcavities, (Fig. 1).

Fig. 1: (Left panel) sketch of a microcavity, two Bragg mirror–trapping light–surround a Quantum Well–trapping matter. Their strong interaction can then be controlled and explored (middle panel). The peculiar polariton dispersion (Energy vs. wavevector of the particles) shows that they are quasi-particles of a new type, combining properties of light and matter.

Their combinations of the antagonist properties of photons and excitons (electron-hole pairs) empower them with unique properties to investigate some fundamental questions of a variety of exotic quantum states that have been predicted by the theory and/or realized in other physical systems. Their semiconductor implementation makes them ideal to bring quantum physics in tomorrow’s technology.

The POLAFLOW project is a European Research Council research grant of five years duration with Prof. Daniele Sanvitto from the CNR in Lecce as the lead supervisor, in charge of the experiments and of the overall research activity, along with Dr. Fabrice Laussy from the UAM in Madrid, in charge of the theory and Prof. Pavlov Savvidis from the IESL-FORTH in Heraklion, Crete, in charge of sample growth and characterization.

The project aims at pushing forward the polariton frontier towards a fundamental understanding of the physics they host as privileged laboratories of the interaction of lightwith matter [2].  We mean to explore and control the classical dynamics on the one hand (Fig. 2) and reach the quantum regime where non-classical physics takes place with prospects for quantum information processing on the other hand (Fig. 3). 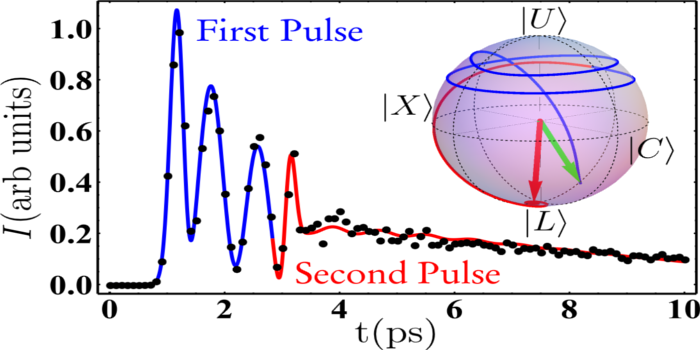 Fig. 2: Rabi oscillations (normal mode coupling) between two Bose fields of light and matter and their switching-off by coherent control. This fundamental phenomenon at the heart of most of the polariton physics has been directly observed in such a neatly resolved form for the first time by the POLAFLOW project. The theory (solid lines) provides an essentially perfect agreement with a fundamental model of few free parameters.

Fig. 3: A polariton cat state, bringing two condensates in a quantum superposition, as pictured in its Rabi dance through the Husimi representation of the cavity reduced density matrix.

More specifically, the dynamics of the polariton flow as an exotic fluid is investigated to study the hydrodynamics of the fifth element of matter (the Bose-Einstein condensate and its derivatives) [3] and power possible devices [4]. Simultaneously, the quantum properties of the polaritons at the single particle level are pursued (Fig. 4), among other approaches, based on the theory of frequency-resolved photon correlations developped by our group [5].

Fig. 4: The first-ever measured two-photon correlation spectrum, providing the Glauber’s correlation function of detecting two photons at given frequencies, spanned over all frequencies of emission from an out-of-equilibrium polariton condensate, has been obtained experimentally (left) by the POLAFLOW project, confirming the theoretical prediction (right).

In the long term, the project that has been successful in each of these research lines separately aims at bringing them together to open a newpage of the polariton physics as a platform for macroscopic quantum effects (Fig. 5). 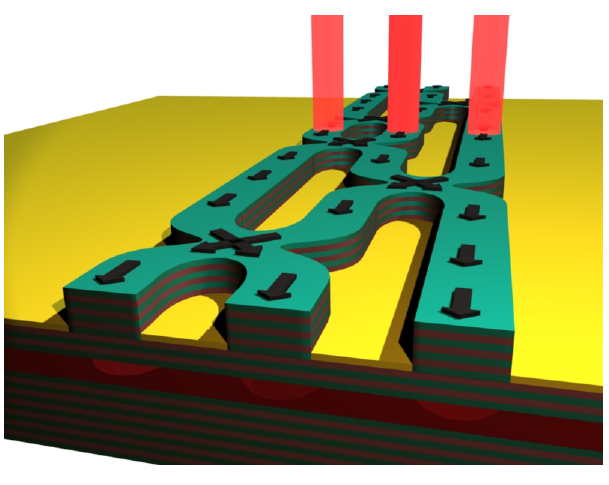 Fig. 5: A polariton entangling device: in the long term, which-way uncertainty in traveling quantum packets could be used to propagate quantum information in quantum polaritonic devices.