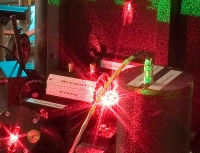 A universal quantum simulator is a controlled quantum device that faithfully reproduces the dynamics of any other many-particle quantum system with short-range interactions. This dynamics can refer to both coherent Hamiltonian and dissipative open-system time evolution. In our talk we present a scheme, where laser-excited Rydberg atoms in optical lattices provide an efficient implementation of such a universal digital quantum simulator. After a short introduction to some basic concepts of quantum simulation and atomic Rydberg physics, we discuss how the proposed simulation architecture allows one to realize coherent Hamiltonian as well as dissipative open-system time evolution of spin models involving n-body interactions, such as e.g. Kitaev’s toric code and more complex lattice gauge theories. Our simulator relies on a combination of multi-atom Rydberg gates and optical pumping to implement coherent operations and dissipative processes. We also report on recent experiments with trapped ions, which have demonstrated these concepts and the building blocks of such an open-system quantum simulator in the laboratory.