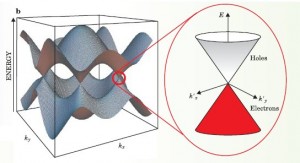 We investigate some apparent discrepancies between two different models for curved graphene: the one based on tight-binding and elasticity theory, and the covariant approach based on quantum field theory in curved space. We demonstrate that strained or corrugated samples will have a space-dependent Fermi velocity in either approach that can affect the interpretation of local probe experiments in graphene. We also generalize the tight-binding approach to general inhomogeneous strain and find an extra vector field proportional to the derivative of the strain tensor that has the same form as the one obtained in the covariant approach. Finally we show that extra terms arise in the continuum limit of the tight-binding Hamiltonian due to frame effects which cannot be accounted for by changes in the hopping parameters due to lattice deformations, encoded in the parameter.