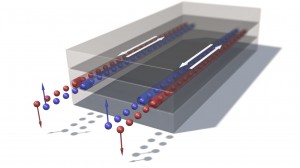 We investigate transport though normal-superconductor nanowire junctions in the presence of spin-orbit coupling and magnetic field. As the Zeeman field crosses the critical bulk value Bc of the topological transition, a Majorana bound state (MBS) is formed, giving rise to a sharp zero-bias anomaly (ZBA) in the tunneling differential conductance. We identify novel features beyond this picture in wires with inhomogeneous depletion, like the appearance of two MBSs inside a long depleted region for B<Bc. The resulting ZBA is in most cases weakly split and may coexist with Andreev bound states near zero energy. The ZBA may appear without evidence of a topological gap closing. This latter aspect is more evident in the multiband case and stems from a smooth pinch-off barrier. Most of these features are in qualitative agreement with recent experiments Mourik et al., Science 336, 1003 (2012). We also discuss the rich phenomenology of the problem in other regimes that remain experimentally unexplored.