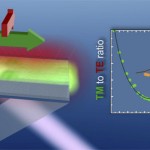 When photoactive molecules strongly interact with confined light, for instance inside optical cavities or near (localised) surface plasmons, new hybrid light-matter states may form, the so-called polaritons or plexcitons. These polaritons are coherent superpositions (in the quantum mechanical sense) of the excitations on the molecules and the cavity photon or plasmon. Recent experiments suggest  that access to these polaritons may provide a totally new paradigm for controlling chemical reactions [1]. However, to exploit strong light-matter coupling for steering chemistry we need a theoretical model that can accurately predict the effect of the coupling on the molecular dynamics. Because current models are based on phenomenological theories that are not easily inverted to design new systems, we have developed a new model based on molecular dynamics (MD) simulations, with which the dynamics of one or more photoactive molecules strongly interacting with confined light can be simulated in atomic detail. In addition to discussing this model, I will also show how the results of the simulations might explain the effect of the molecular Stokes shift on the SPP-molecule polariton emission in recent experiments [2].