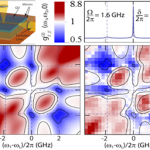 The enormous growth experienced in the last century by all the areas of optics was driven by the fact that the energy of visible photons lies within the energy range of electronic and vibrational transitions in matter. This makes photons ideal probes of nature at all length scales: from intergalactic to interatomic distances. This pervasive character of light made it a key instrument for many of the most influential scientific and technological advances of the last few decades. The ubiquitous nature of photons inherently implies a serious fundamental drawback: they interact very weakly with matter at a microscopic level. CLAQUE brings together complementary expertises in the physics of light to break new grounds in the interaction of light with matter in two emerging areas—nano and quantum optics—that overcome this apparently inviolable constrain.

Nano-optics deals with the concentration of light beyond the diffraction limit of classical optics, which has made possible enhancing light-matter interactions at the nanoscale. We will exploit the peculiar fashion in which electromagnetic fields transform under geometric operations to shape them at deeply sub-wavelength spatial regimes. This will be done through metal systems supporting surface plasmons, with the purpose of designing open photonic nanocavities. We will enter in the spatial range where electronic quantum effects become relevant, which will require the modelling of metal permittivities beyond the classical macroscopic picture. We will also explore sub-wavelength photon manipulation at lower frequencies. Specifically, we will investigate strongly hybridized localized surface infrared modes to increase the radiative heat transfer efficiency between objects separated by near-field distances. We will consider both naturally occurring resonances, such as phonon or plasmon polaritons, and geometrically induced spoof plasmon modes. Finally, we will focus on electron-photon coupling phenomena which are inherently beyond the realm of classical electromagnetics. Particularly, we will study plasmon-assisted hot electron generation in metallic nanogaps through the combination of density functional and electromagnetics theory.

Quantum optics focuses on the striking physical phenomena that occur when involving only a few and strongly correlated photons, situations inaccessible until very recently from both theoretical and experimental perspectives. Specifically, we account self-consistently for the dynamical correlations from quantum emitters, thanks to our recently introduced formalism of frequency-resolved N-photon correlations that retain the energy information as well as the conventional temporal one. This allows us to tune the type and optimize the strength of photon correlations by spectral filtering of the source in a process akin to distillation. We then use such dynamical correlations as a quantum input to excite or probe various targets. On the one hand, we analyse new paradigms of optical spectroscopy based on quantum light excitation. On the other hand, by studying dynamical quantum interferences, we propose applications for quantum information processing by dynamically feeding circuits with source outbeating classical lasers.

Strong from these complementary approaches, the project culminates with the proposal and design of new quantum nano-optical devices that emerge from the synergic combination of both scientific areas, namely, hybrid nano-antennas for tailored quantum light sources.